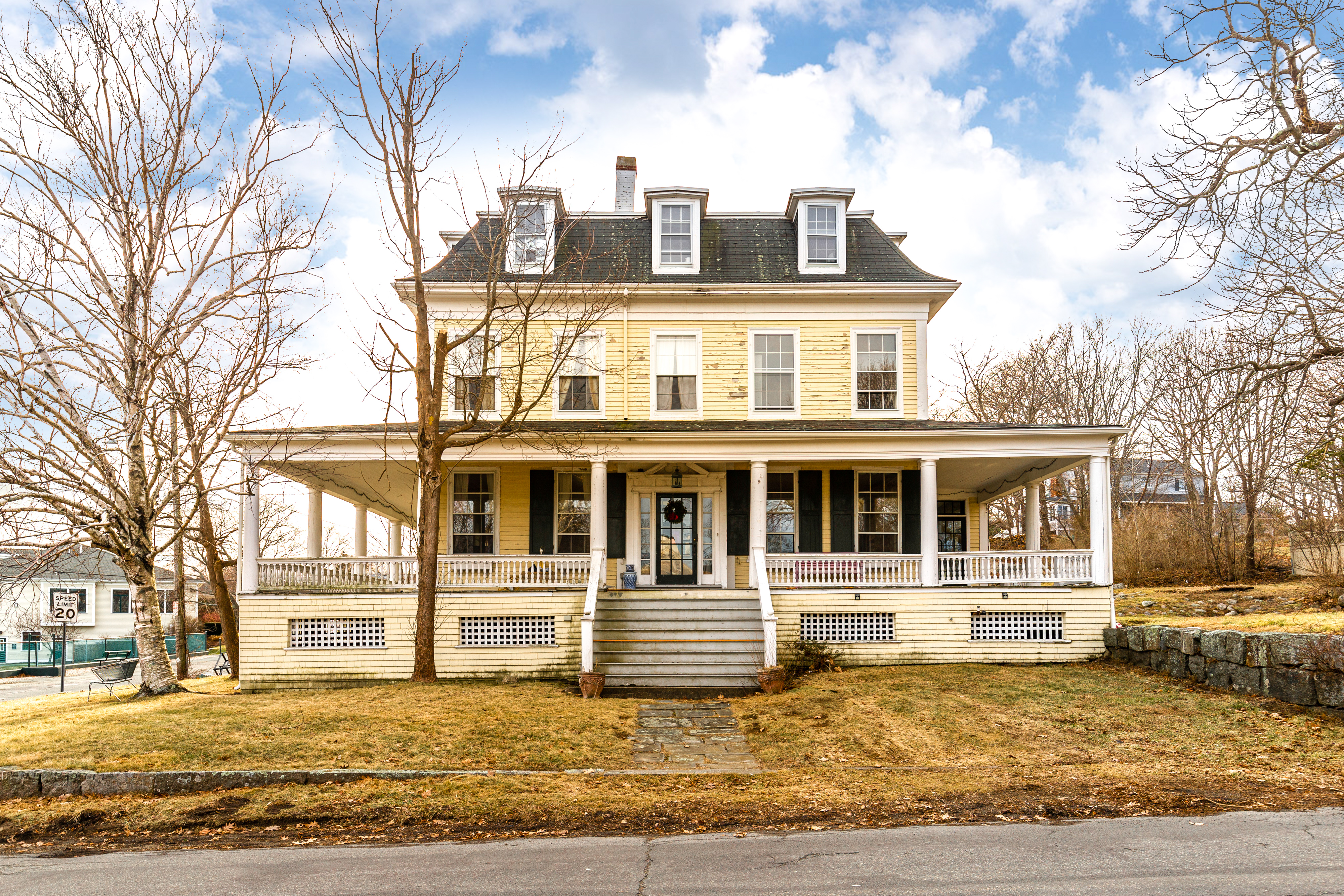 Listed: A Charles Bulfinch home with a 'moving' history for less than $1 million

Earlier this month, 4,814 square feet of history went on the market in Gloucester.

Lynda Hemeon of Lux Realty North Shore listed 31 Beach Road, also known as the George H. Rogers House, for $999,999 on Feb. 7. Its namesake was a major player in the development of the town’s Bass Rocks neighborhood, according to the Massachusetts Historical Commission, and used the property as his summer home.

The house was designed by architect Charles Bulfinch, whose résumé includes the domed center building of the US Capitol, the Massachusetts State House, and an expansion of Faneuil Hall. The home also served as the clubhouse at Bass Rocks Golf Club, according to the listing.

Today, some elements of the home — particularly its weathered yellow exterior — could use some TLC. The building has endured, in addition to the test of time, a move from Boston to Gloucester in the late 1800s or early 1900s. Its current home is a 0.46-acre parcel that’s a short walk to Good Harbor Beach, and it comes with a detached two-car garage.

The Second Empire dwelling features components original to its construction, including large windows, a mansard roof, and a mahogany staircase. According to the historical commission, it has doors and windows from mansions on Boston’s Summer and Franklin streets — homes torn down to clear space for business blocks eventually wiped out by the Great Boston Fire of 1872.

The property has seven bedrooms, three full bathrooms, and one-half bathroom. One of the full baths has only the plumbing. The structure sits on a raised basement and offers a wrap-around porch. The 11 rooms are clad in colorful and floral wall coverings.

The powder blue front-to-back living room boasts two intricate marble fireplaces and floor-to-ceiling built-in bookcases. There’s another fireplace in the formal dining room, which has a chandelier and is wrapped in floral and emerald green wallpaper. The kitchen offers a breakfast room, pantry, and morning stairs.

I am writing this reference on behalf of realtor Nicole Reid. I was so pleased with the [...]